I hit the big smoke (Sydney) as a fresh faced 18 year old in late 1977. Disco sucked and punk was in. That was a lot of fun, maybe too much fun but I saw a lot of live music. The live music scene in Sydney was huge in those days. People would cram into all kinds of crazy venues, then spill onto the streets in a sweaty, beer-soaked mess. 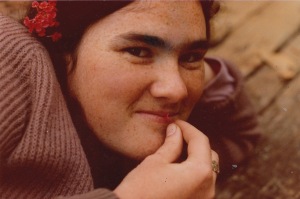 One of my oldest friends Dave, was a drummer and we shared houses for many years. He managed to get himself into a few bands that did pretty well and I got to go along for the ride. Through him I got my first industry gig selling t-shirts and counting punters. But it wasn’t till 1983, after travelling overseas, bike riding expeditions and various other activities that I finally decided to bite the bullet and went and bought myself a bass for fifty bucks.

It was a Hofner violin shaped, semi-acoustic similar to the bass Paul McCartney played in the early days of the Beatles. I loved that bass and swore I would never sell it. It was a piece of crap, but I didn’t care. Within a few months I was in a band and it was all over red rover.

That band was The Happening Thang. Our first gig was at a party in a house overlooking Sydney Harbour. Our set list was a mash up of classic country rock and selected covers along with a few originals. We were entertaining and added a new flavour to the Sydney scene and as a result we were never short of a gig. 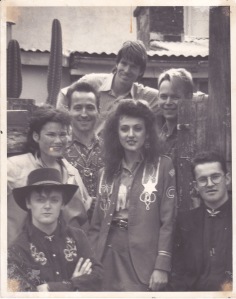 Soon after that I got together with a couple of other singers and together we formed a group called the Wild Wild Women (Tony Alaylis, Alice Pappademetriou, Kate Swaddling & myself). We were an ‘a capella’ group – voices only, no instruments or backing. Four very different girls (ahem…women) singing some really diverse songs – everything from Free Nelson Mandela (who still needed to be freed in those days) to My Body The Car/Godley & Creme. No one else was doing this at the time, except…a group of four guys, called The Elevators.

We would often work with these guys. It was a great line up. We’d each do a set and then do a set together. Leading the Elevators was Tony Backhouse. A wonderful musician, vocalist and arranger who would go on to lead the Café at the Gates of Salvation choir and many other musical adventures.

We did a LOT of gigs and became a group that could slot into a lot of different situations. We did a bit of touring – totally unorganised and audacious in our approach. I remember trying to organise shows out of the local phone booth (lots of 20 cent pieces!). Our first tour took us to Brisbane and while we were here we managed to wangle our way onto the bill as the support act for Jonathon Richman and the Modern Lovers who were touring Australia. Jonathon loved what we were doing and invited us to do the rest of the tour with him – yes please! We had a great time with those guys. We never recorded except for an afternoon with radio station Triple Z in Brisbane – a tape that went into the vortex. 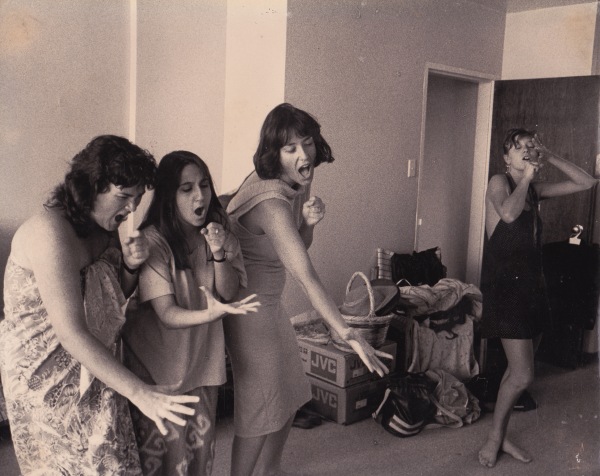 Soon after we were invited to open for Screaming Jay Hawkins of ‘I Put A Spell On You’ fame. Eye opening, to say the least. Yes, he did the whole emerging from a coffin thing and rattling skulls and bones around the stage. We also got to tour with some Australian artists including The Black Sorrows and Hunters and Collectors. Our act was always a surprise to the dedicated fans who would attend these shows, but it was a thrill for us to win them over and have a thousand or so people stomping and screaming for an encore.

I became a member of another group – Bellydance Disco, later known as just Bellydance. This group was a soul/funk/reggae outfit with most of the music written by singer Tony Hayes. Bellydance went on to get signed to a label and although that can often be enough to kill the spirit of a band, Tony and Bellydance are still going.

I bought myself a new bass around this time. Got it at a pawn shop in Kings Cross which could be good or bad…depending. It was a Fender mustang which is a ¾ sized bass and it was…good! I’d stepped up in the world and spent a whole 300 bucks. It was a great bass for me – not too fancy, not too heavy – just right. 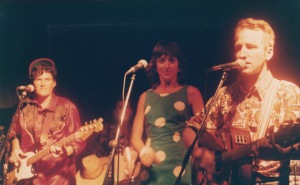 The Happening Thang at The Hopetoun 87 (mustang)

Another group I was in was The B’jesus Burgers. Legendary, almost mythical status. The stories are all true! We were a self-indulgent collective of idiots from various bands around town who just wanted to play some fun songs and dress up (Pat Powell, Tony Gilbert, Andy Travers, Peter O’Doherty, Ashley Cadell, Irish Ted and me). I mostly sang but also played bass on a couple of numbers. We had nights where we could clear the room and others where we were absolutely in the zone. Our set list was raided by lots of other bands who were looking for a good cover to exploit. We never recorded, but had a hell of a lot of fun! 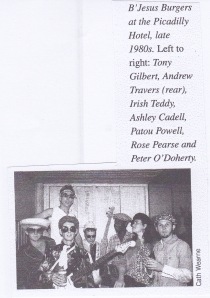 Meanwhile, The Happening Thang was getting pretty serious. The line up had consolidated into Cathy Wearne on vocals, Andy Travers on guitar & vocals, Jeff Mercer on guitar & lap steel, Robbie Souter on drums and myself on bass & vocals. We also had a lot of people who would guest with us including Reg Mombassa, Graham Lee, Mark Dawson, Murray Cook and Ian Simmo Simpson. Andy was the main songwriter, but I had tried my hand at writing a few songs and got a couple onto the set list.

We were playing lots of shows, getting plenty of media and generating some interest. Although I was not involved in any negotiations at all, we ended up signing with Trafalgar/WEA.

Right around this time, I was kind of unhappy with myself. I felt like I wasn’t very good at anything. You know that feeling where you feel like you’re faking it and pretty soon someone ( or everyone) is going to find out. Well that was me.

So I decided to get out of Sydney and go and study music up in the lush green hills of northern NSW around Byron Bay. At least then I would know what I didn’t know – instead of just flailing around blindly. I remember Neil Murray telling me I was absolutely insane for leaving town. I did keep playing with the band for a while and had two songs on the first album which I was involved in recording. But I didn’t like the raw ambition you needed to succeed in the business of music.

However I did join one more band for the summer of 87/88. The Stetsons was a group of established musicians from different bands – mostly gangaGANG and Mental As Anything and put together by Buzz Bidstrup who had gotten an album deal for the group. My friend Peter O’Doherty had a song on the album, a duet called The Ballad of Fifi and Jimmy and he asked me to sing it with him for the recording. Then, as the band were rehearsing for the launch of the album and the various gigs to follow, their bass player pulled out of the live shows (he’d gotten a better paid tour for the summer with Jimmy Barnes). I ended up being asked to step in. 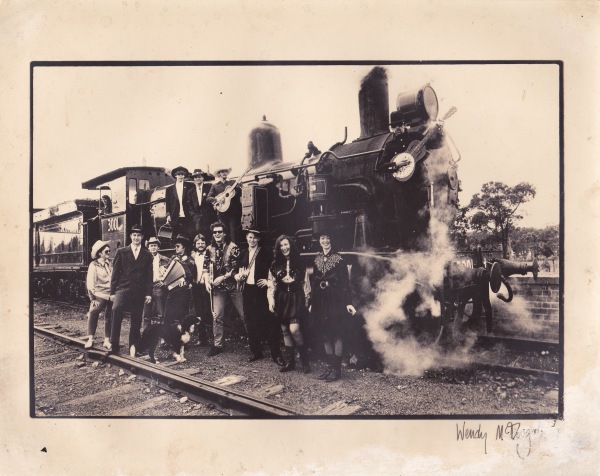 We played quite a few shows including one at Australia’s biggest country music festival, Tamworth. It was a fly in, fly out gig – all of us on a charter flight. There were a few jokes about the Big Bopper & Patsy Cline, but we made it back in one piece.

It was all soon to change as I packed my bits and pieces into my car and drove 9 hours north. It was a risk, but I knew it was the right move for me.

love many trust few, always paddle your own canoe